Light on Earth, which opened at the National Museum of Ireland – Decorative Arts and History last month, is a solo show exploring Niamh Barry's work over the last decade.

Barry first gained international recognition in 2011 when she was chosen by London’s Luxcraft as one of just eight artists to showcase their lighting designs. She has since earned a reputation as a pioneering force in the use of LED, becoming one of the most sought-after artists of light sculptures practicing today.

In this video, produced in coordination with Barry’s show, the artist describes her rigorous process—of inspiration, drawing, maquette making, and, finally, execution – which takes her sculptures from concepts to completion (what she calls drawings in light).

In particular, she discusses two new elements of her work--seamless, sloping joints that connect each shape to its neighbor, and a shifting grade that expands and contracts as the viewer's eye passes around the line of one ellipse and on to the next. These two remarkable innovations render her already natural compositions more organic still, and, in effect, signal a leap forward in this artist's already sterling career.

Light on Earth runs through December 2019. It is free and open to visitors 7 days a week (afternoons on Sunday and Mondays). 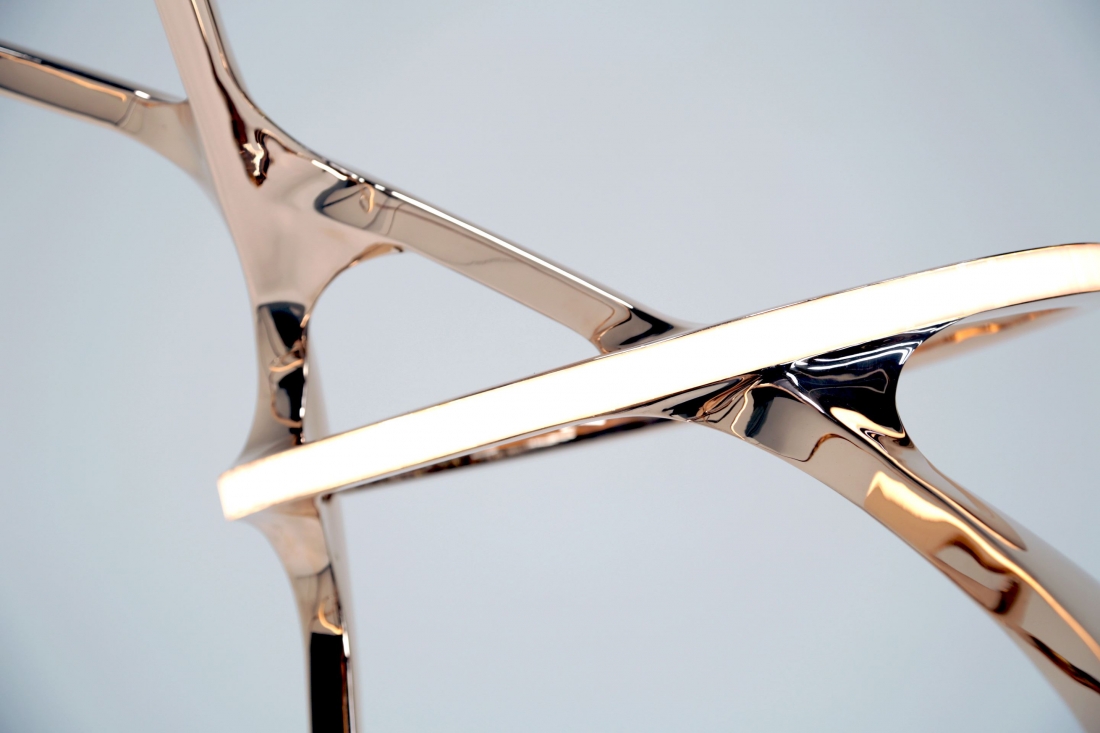