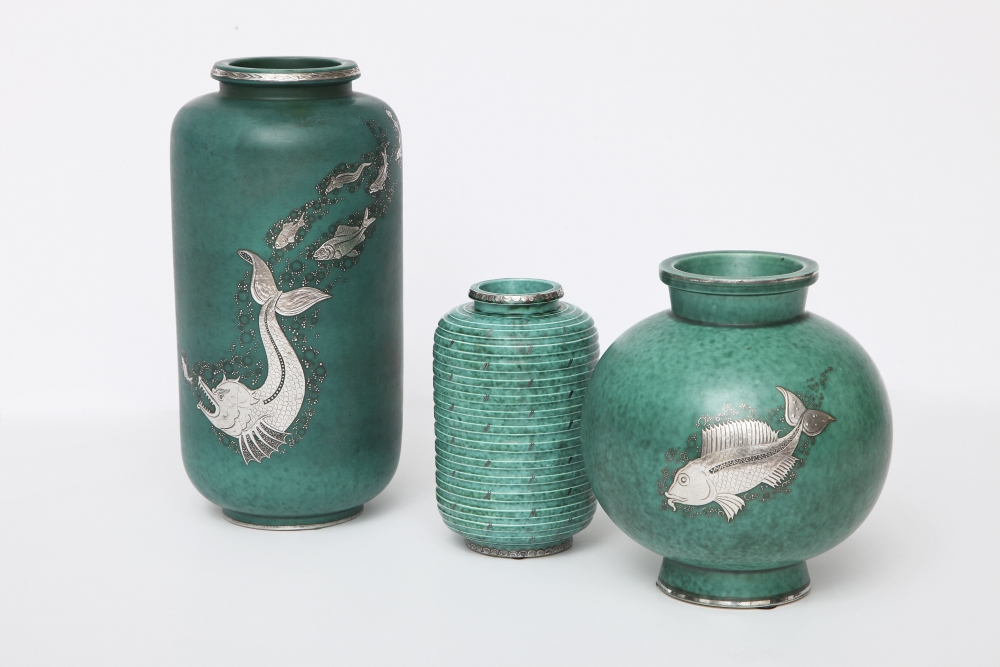 Wilhelm Kåge was born in Stockholm in 1889.

He studied decorative painting under Johan Rohde and Carl Wilhelmsson at the Technical School in Stockholm, and later, at the Gothenburg Art School in Valand.

While still in school he made money making posters—advertisements for exhibitions, plays, and shows. He was one of the first Swedes to use posters to convey messages and as advertising.

His colorful designs were soon so popular that by the time he graduated local galleries were exhibiting his work. An exhibition at Liljevalchs in 1917 drew the attention of the Gustavsberg Factory. Not long thereafter, the firm tapped Kåge to make its dinnerware and other everyday products more beautiful. He would serve as Gustavsberg’s Artistic Director until 1948.

Over these thirty years Kåge created as many varieties of tableware in innumerable new glazes and original designs. His first in a long line of successes was Argenta—a series of ceramics that ranged from enormous urns to dinnerware to accessories, like ashtrays. The pieces were produced well into the 1970s and are today extraordinarily desirable. The best known of the series are glazed in green and decorated with silver images and patterns, which Kåge, at first, had himself designed and executed.

Kåge’s most famous and exclusive work on behalf of Gustavsberg is Farsta. He presented the first of this series of stoneware pieces at the Stockholm Exhibition in 1930. The firm would continue to produce the series until 1960. The pieces were created by an elaborate process—first dipped in metal oxide baths, they were then glazed, and fired twice over. During his tenure Kåge refined this process, introducing new versions of Farsta (one, the notable Rust editions, appear practically torched, as if burned with a flamethrower). Such was Kåge’s passion for the series that he continued to tinker with its pieces’ design and execution even after his retirement from Gustavsberg—at least until 1949 when he was awarded the Prince Eugen Medal for design.

Kåge died in 1960. His ashes were placed in a Farsta urn. In 1989 The National Museum of Sweden honored his 100th birthday by mounting an expansive exhibition of his work. 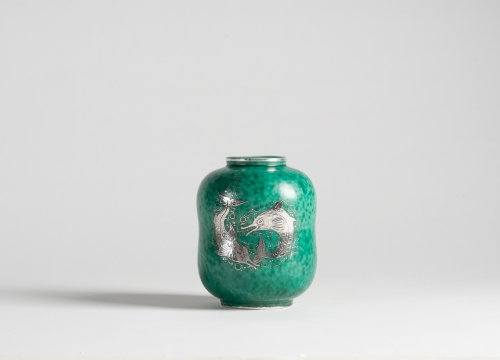 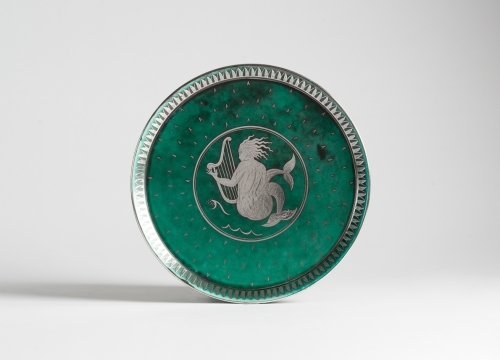 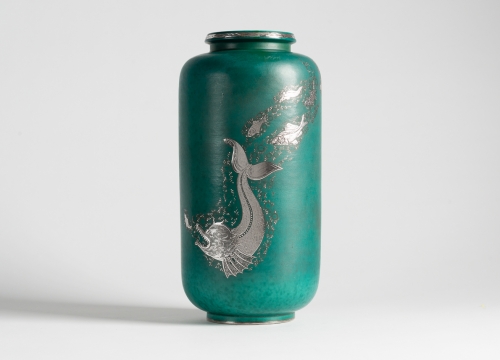 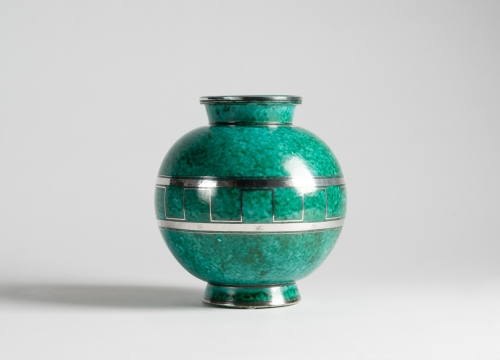 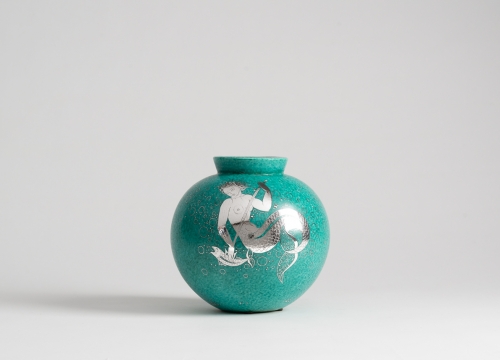 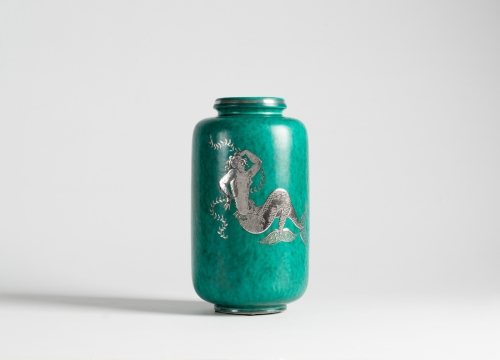 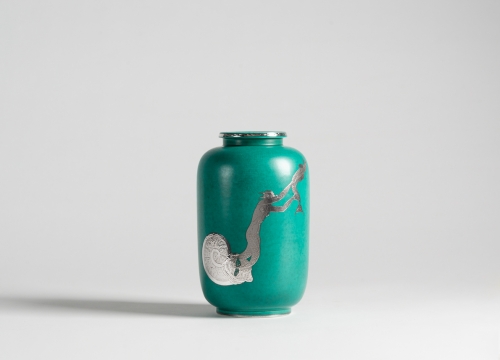 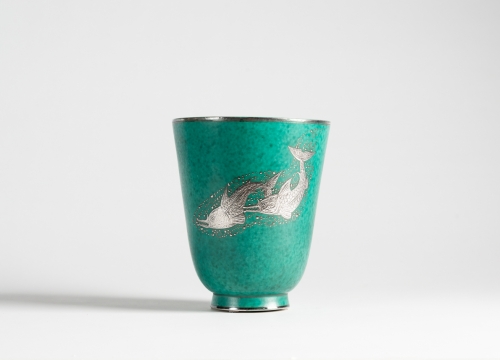 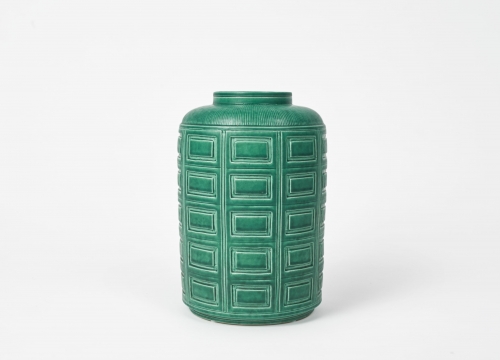 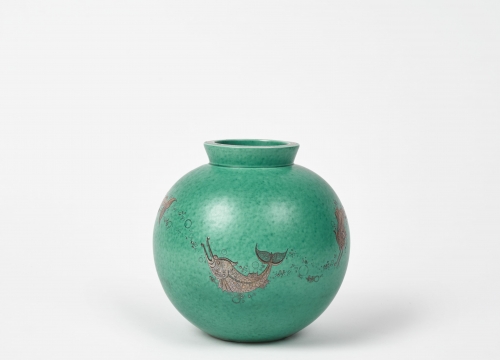 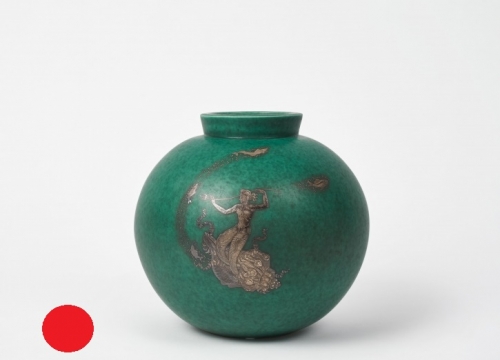 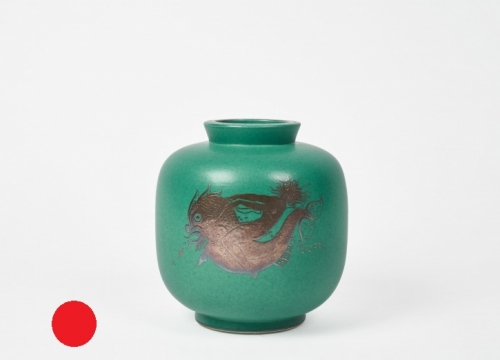 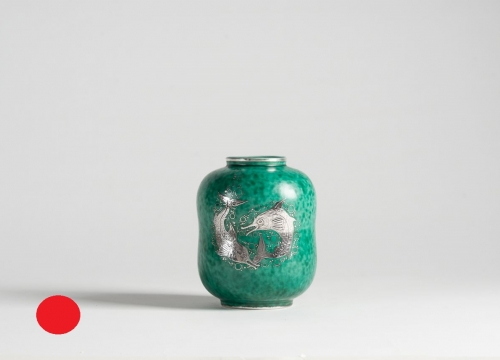