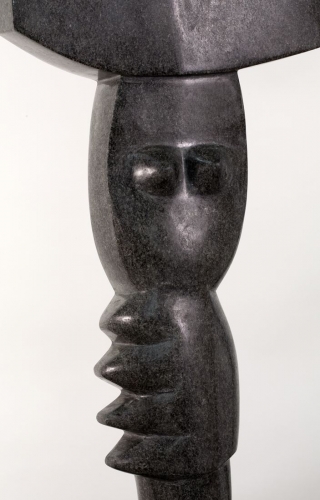 Tristan Cassamajor is one of the most unique and exciting voices in contemporary monumental sculpture. His use of African themes juxtaposed with a classical sense of space and traditional sculpting practices creates pieces which are both physically impressive and thought provoking. His career has taken him across three continents, and his work is a fixture in both public institutions and in the private art market.

Born in 1956 in Port au Prince, Haiti, Cassamajor later moved to the United States. After receiving his Bachelor of Arts from Queens College in New York in 1980, he moved to Italy to study at the Accademia di Belle Arti di Carrara. It was here where the artist learned the subtleties of working with materials such as marble and granite, now hallmarks of his work. Cassamajor’s time in Carrara informed his devotion to marble, and a personal reevaluation of his status as a “versatile sculptor” and master of many materials.

Studying under the artisans of Carrara and spending time as assistant to the sculptor Louise Bourgeois gave Cassamajor the methodology and the tools to bring his own particular vision to life. His sculptures often depict the human form, distorted in one way or another. Man and woman meld into one another, creating a sense of contextual dislocation for the viewer. Cassamajor’s use of West African and Caribbean tribal themes in the traditionally European medium of marble inserts into his work the clash of cultures which has colored his own life.

Prolific as he is skillful, Cassamajor has created many pieces which stand now in public spaces and have been exhibited in museums and galleries across Europe. His first public monument was in the public square of Digne, France in 1983. Since then, he has created a number of other notable outdoor sculpture installations, such as the piece entitled L’être on the grounds of the Université Catholique de Louvain à Bruxelles in Belgium. His work has been shown at Art Basel and the Salon de Mars, among other major European art fairs.

Cassamajor continues to live and work in Italy and Belgium 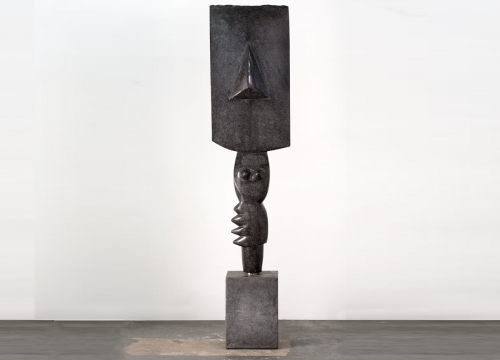 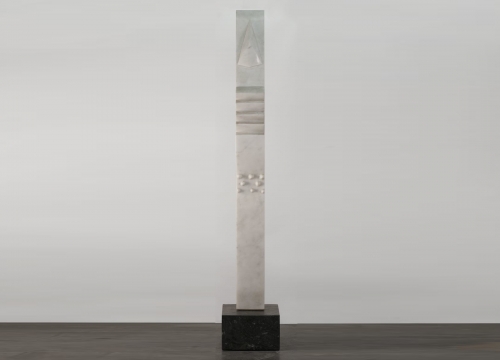 Tristan Cassamajor
Totem, Monumental Sculpture with a Stone Base France, 1990 CASST 02
Back To Top