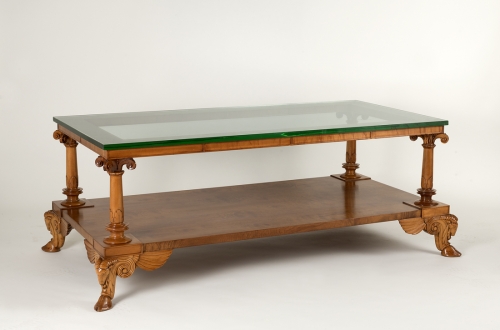 T.H. Robsjohn-Gibbings, a British designer who adopted the United States as his country, stands out among Art Deco and midcentury designers because of his stated disdain for the styles of his time.  Noted for his devotion to Ancient Greek design, Gibbings was determined to mine the classical age for modern inspiration.  By doing so, he would radically change home furnishings not only through his bespoke pieces, but through his mass produced commercial designs.

Gibbings was born in England in 1905 and was educated in London and Liverpool (with a short jaunt to Paris) in the field of decorative arts. After stretching his legs as a draftsman designing interior spaces for ocean liners, Gibbings moved to the United States in 1929 to join Charles Duveen’s furniture importation business.  In 1936, Gibbings was able to open his own furniture design business, showcasing first a collection he called “Sans Epoque,” indicative of his beliefs about the timelessness of true design beauty.

After this, commissions came easy to Gibbings. By 1938, he had finished his largest and most well-known—the estate called “Casa Encantada” in Bel Air, California, owned by Hilda Boldt Weber (and later purchased by the hotelier Conrad Hilton in 1950). The sixty-four room complex was filled with over two hundred pieces of Gibbings’ custom designs. It was during this project that Gibbings truly explored his love for ancient design. Greek, Roman, and Near Eastern influences from antiquity can all be discerned in the pieces he created for Casa Encantada.

Gibbings did not limit himself to designing for the elite, however. He also ensured that his defiant ideas of modernist concepts made it in to the ordinary American home as well. His collections for Widdicomb Furniture Co., of Grand Rapids, Michigan, include such seminal works as his layered Mesa table, as well as the popularization of the louvered drawer (eliminating the need for handles). Gibbings soon grew disillusioned with commercial design, however, and ceased working with Widdicomb in 1957.

In his final years, Gibbings moved to the country which had always captured his imagination and inspired his genius—Greece. He created a line of furniture for the Saridis Company of Athens, including a Klismos sofa to match the chair which was one of his earlier and best known designs. He completed several commissions while residing in Greece, and even continued to produce commercial designs piecemeal for American companies, always integrating clean lines and creative uses of finishes and sparing metal accents to refresh the American market.

While Gibbings died in 1976, his influence lives on not only in his furnishings, but also in his published works. Gibbings was notable in that he wrote several works outlining his esoteric thinking on contemporary design in his time. The best known of these works, Good-Bye, Mr. Chippendale (1944) was a searing critique of American design down to the colonial era. While widely recognized for his writing, Gibbings’ furnishings are equally admired today. One of his beloved Klismos chairs rests in the Metropolitan Museum of Art, while a few of his commissions for Casa Encantada were featured in a 1986 exhibition at the Whitney Museum of American Art. 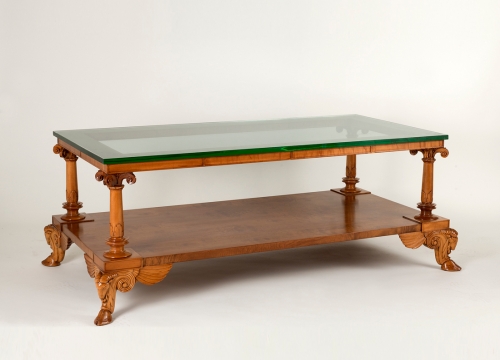 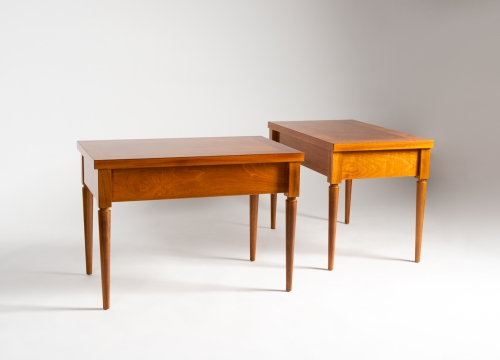 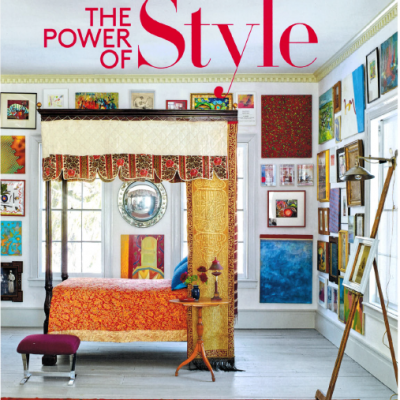