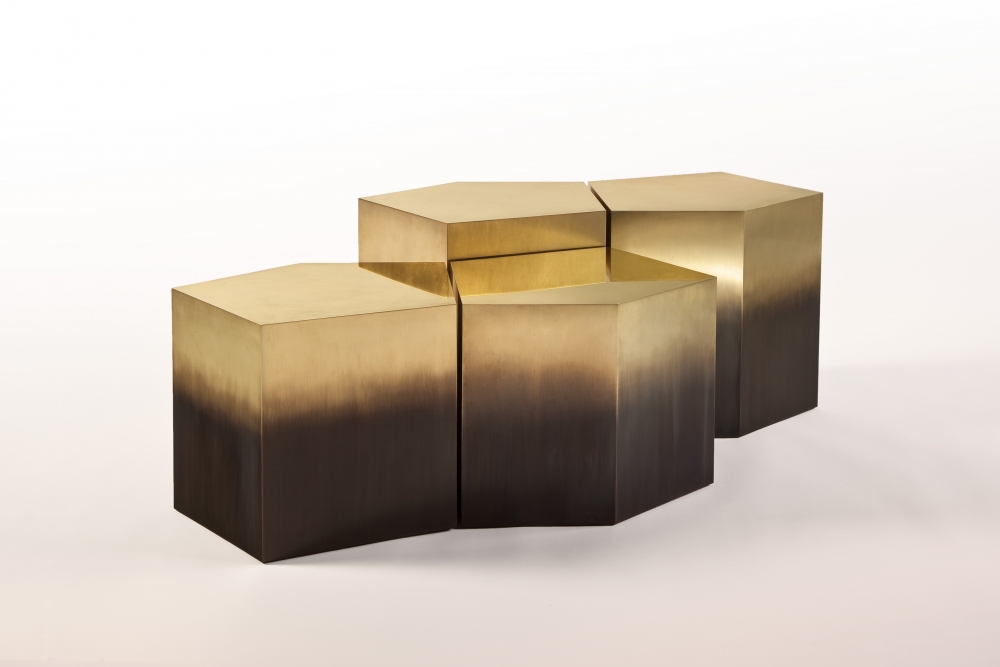 Paris-based interior architect, designer and creative director Stéphane Parmentier was influenced from a young age by the aesthetic world of civil aviation, from the contemporary art and the power of beauty on everyday life. Today, his career turns around bringing all those vibrations together in the name of sophistication, a new cool and modern lifestyle and a twisted modernity.

Parmentier first drew upon this early influence when he embarked upon what would be a 17-year fashion career, working notably for Lanvin, Karl Lagerfeld, Givenchy (as director of women’s ready-to-wear and licenses) and as artistic director of Claude Montana. Eventually he launched his own label, which was distributed in stores such as Maria Luisa in Paris, Saks Fifth Avenue in New York and Isetan in Japan.

When, in early 2000, Parmentier landed the dream job of redesigning the first and business class cabins of Singapore Airlines, he decided to expand into interior architecture and design, and opened his own agency in 2003. Since then, he has created sophisticated interiors for private apartments and villas in Paris, the French Riviera, London, Ibiza, Geneva and Miami and Mauritius island, among other projects.

In 2005, he ventured into the world of design, creating a collection of trays and cutting boards based on the theme “Petites Architectures” for Tools Galerie in Paris.

Parmentier’s work reached a new level of maturity in late 2010 with the launch of the “Altaïr” collection, a line of stools, tables, consoles and modular elements produced by Ormond Editions. This line focused primarily on beautiful varieties of stone (lava, marble, slate) while playing up the contrast between simplicity and sophistication. Wallpaper* named the collection “Best Launch” at its 2012 Design Awards; the same year, the magazine “Espaces Contemporains” honored Altaïr with the “Best Series of Multiples” award.

From 2011 to 2016, Parmentier has been “Interior & Design Editor” of Le Printemps de la Maison. In that role, he helped to redefine the Parisian department store’s identity in home design and décor and to helm its repositioning as an upscale shopping destination for the home.

In March 2012, he was hired by the house of Hermès to create the scenography of its pop-up store on the Rue de Sèvres in Paris, a boutique that opened in May 2012.

In 2010, Parmentier started collaborating with the Maison Christofle on a variety of projects including the creation of the “Nest” bowl series unveiled in January 2012. The same year, Christofle entrusted the designer with the redesign of its new Madison Avenue flagship, an initiative that carried over to stores in London, Singapore, Shanghai, Milan, Miami, Lyon, Los Angeles, Tokyo, and elsewhere.

From April 2013 to April 2016, Parmentier has been the creative director of the celebrated French silversmith, a role that allowed him to help the Maison hone its identity and develop new collections, notably in the jewelry category and a new life style.

Also in 2013, Wallpaper* magazine asked Parmentier to create a unique piece of furniture for its exhibition “Wallpaper Handmade Project “ at the Salone del Mobile in Milan.

Since 2014, Parmentier has been developing his triple activity as an interior architect, artistic director and designer.

That year, the designer also unveiled a collection of light fixtures and mirrors for the English company CTO Lighting, a collaboration that continued in 2015 and 2016.

In April 2015, in partnership with Petit h (Hermès) and Wallpaper*, Parmentier presented a unique piece for the “Handmade” project in Milan. The same year he designed the “Mercury” collection , a set of limited edition of furnitures and objects, blending the primal quality of patinated lava, the nobility of marble and the sophisticated use of perforations and marquetry.

Other design projects currently in preparation include: a collection of porcelain and table ware for Vista Alegre, a crystal collection for Atlantis and a ceramic pieces for Bordallo. In 2017 will follow new objects for Petit h and Saint Louis, a rug collection for Manufacture de Cogolin (Tai Ping) and new collection of objects and furniture for Vervloet and Astec. 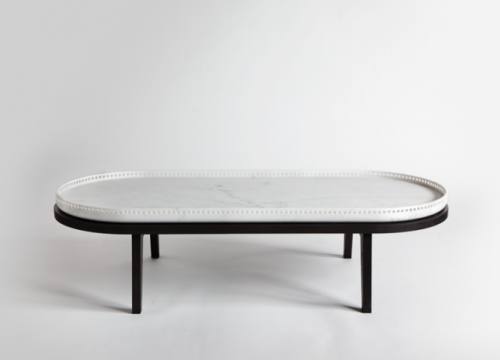 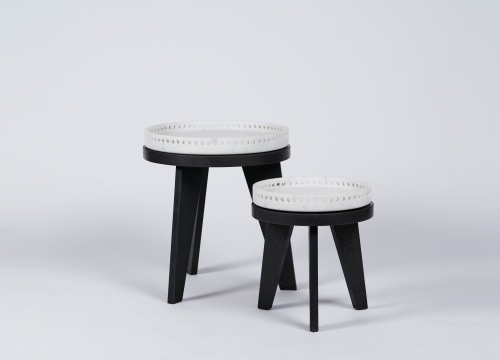 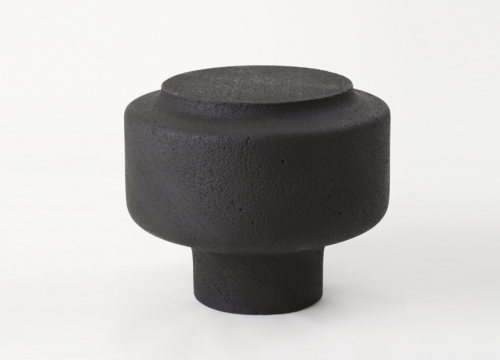 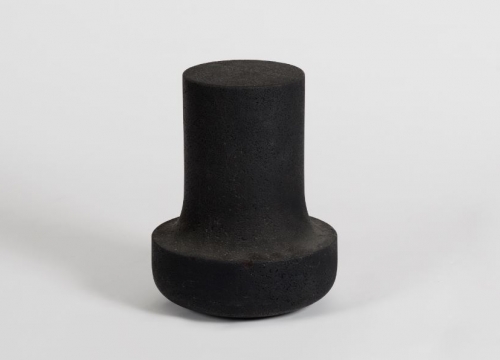 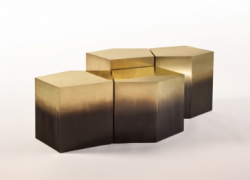 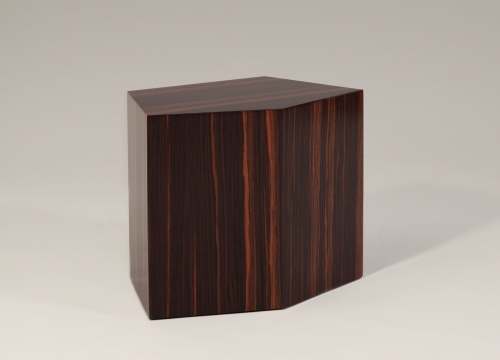 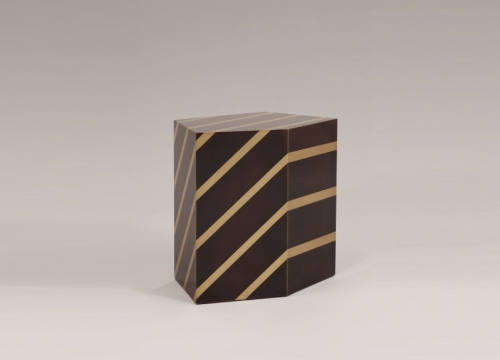 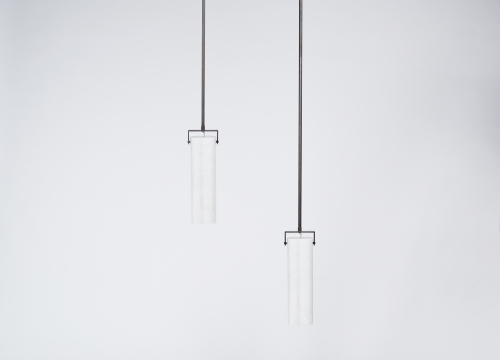 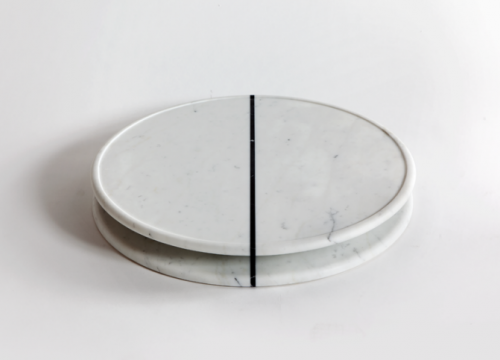 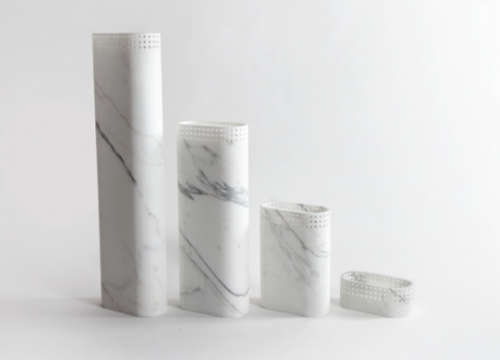 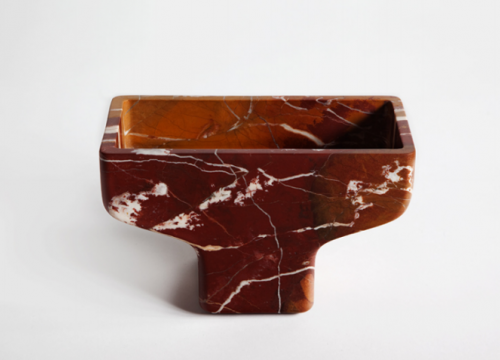 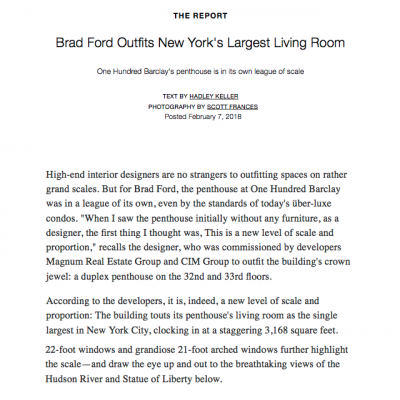 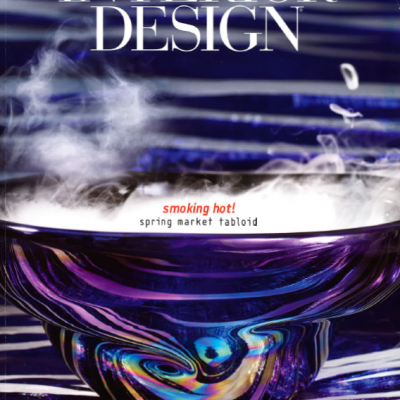 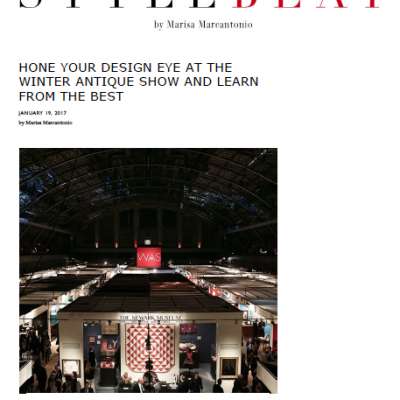