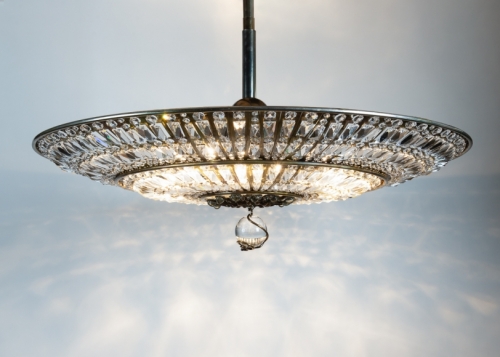 Mark Brazier-Jones is an internationally celebrated artist, master furniture and lighting designer, engineer, and sculptor. His patrons are film and rock royalty, and art collectors all over the world.

Since the commencement of his career in 1983 as a founding member of the Creative Salvage Group, Brazier-Jones has honed a collection and philosophy unique within the concept of functional art.

His work is classical, surreal, futuristic, and spiritual. Commentators have tried to categorize his visionary art as neo classical or space-age baroque, even as “post nuclear antiques.” Despite the flamboyance of his artifacts Brazier-Jones works under a strict code that honors functionality above all.

“Form does follow function,” he says, “but part of furniture’s function is decorative, an attribute many designers seem to overlook.” With that said, Brazier-Jones believes in a type of practical art that facilitates direct engagement. Art with a message that can—even subliminally—penetrate an observer’s understanding.

Brazier-Jones’s field of influence is very self-contained—he pays little heed to current designers and trends. He has said of his work: “It’s a broad scan of nature, sacred geometry, and cultures across the ages. I like objects with lasting qualities. An engine that still does its job after 100 years excites me, something that is so well made you never need to replace it—that is worthy of respect. I am making objects of desire from noble enduring materials. These works will still speak in hundreds of years. I have no need to be declared fashionable; I am working to a different timescale.”

Today Brazier-jones works from a rustic 16th century barn an hour north of London in rural Hertfordshire. Here he and a small team of craftsmen develop his work. He believes this self-imposed isolation to be essential to the process of consequential creativity. He only occasionally ventures abroad on research, or to visit his clients.

Examples of his work are held in the Victoria & Albert Museum, London; le Musée des Arts Décoratifs, Paris; the Museum of Fine Arts, Boston; the Museum of Art and Design, New York; and the Decorative Arts Collection of the Brooklyn Museum. Contemporary design sales at auction houses such as Sotheby’s; Philips, Bonhams, and Christie’s show a consistent rise in the prices of his work, and a growing demand from collectors, especially for early pieces.

30 years ago I began welding scrap metal to make household artifacts. I wanted to take these components that were once useful but now disregarded and imbue them with an appeal such that people would fall in love with the new objects and adopt them back into human use. I became interested in exploring what it is that humans find appealing.

What is an object of desire? I began a broad research into universally common cultural symbols. Archetypal imagery is available in abundance throughout every religion and occult science across the planet and from every age of man's existence. In time I began to consider if some shapes or symbols are innately recognizable by all of us. Is it possible we are all born already hardwired to recognize certain shapes? From where does that understanding originate? Is something learned in the womb? Or is this knowledge from before conception? Do we recognize subconsciously a similarity between some patterns and the arrangement of our own cells? Perhaps a pattern we ourselves have evolved through….starting as a tiny single celled egg, multiplying and dividing.

Can we remember when we had divided into a six celled cluster? That moment when we look like a tiny daisy? Is there anyone on the planet that does not like to look at a flower? What has started as a journey of art has now become a scientific quest or "science art," a new kind of science were the laboratory is the imagination. For example, we cannot see a neutron. There are no microscopes that can do that, all we can use is an informed imagination. It is now 2014 and the aim of my work is to crystallize a representation of our eternal nature, to explore the sacred geometry within nature, to find expressions of true reality.

Atoms and molecules are arranged in patterns. These combinations of arrangements go to make up everything in the natural world. The rules governing the formation of these patterns are universal. We as humans conform to these invisible laws even though we're not conscious of their effect. We have conformed to these laws even before we were conceived and the laws will claim back our atoms and repurposed them when we are dead.

There is a lattice work, a grid, or scaffold, multi-dimensional, invisible and ever present throughout the universe, that informs the arrangement of matter, the growth of cells, the positioning of every atom.

This is the reality we find so hard to comprehend. My work will attempt to realize an understanding of this dimension, the “fifth dimension" the domain of eternal design. I will look to nature and explore patterns of growth, divisions of cells, and colonies of microbes, consider the force of attraction, the flower, the purpose of beauty, the principle of "two-ness", cause and effect. 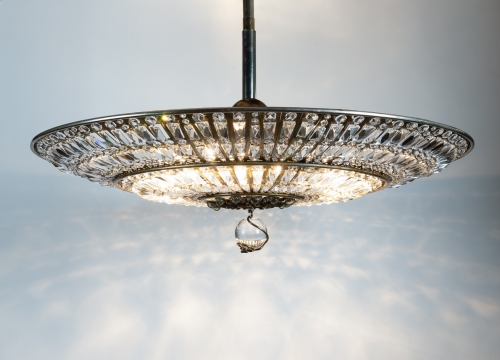 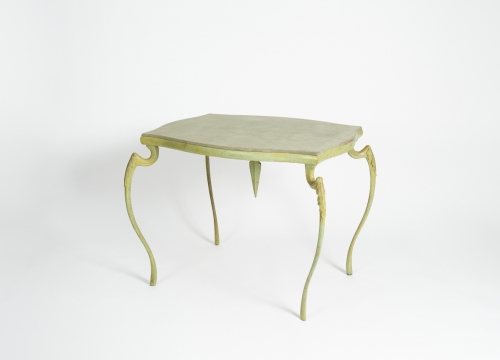 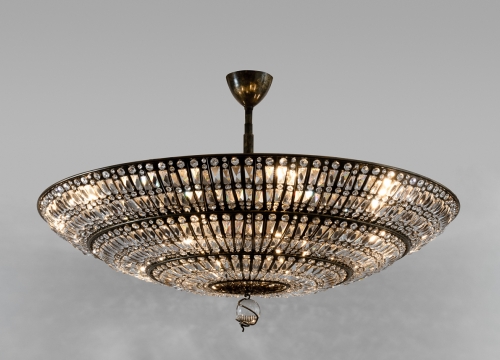 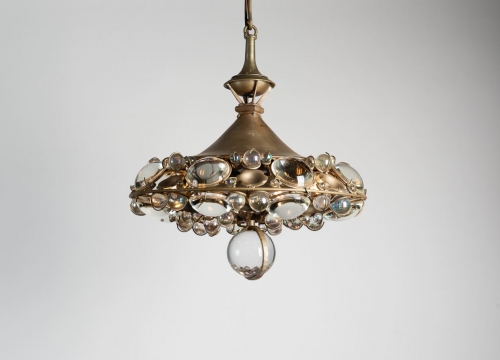 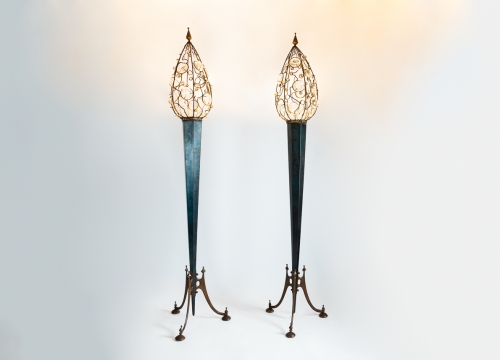 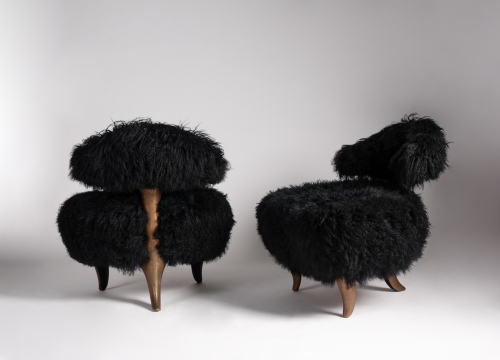 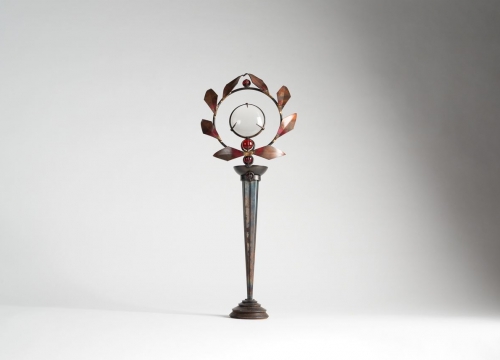 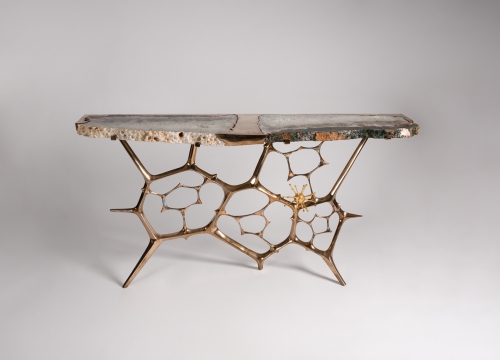 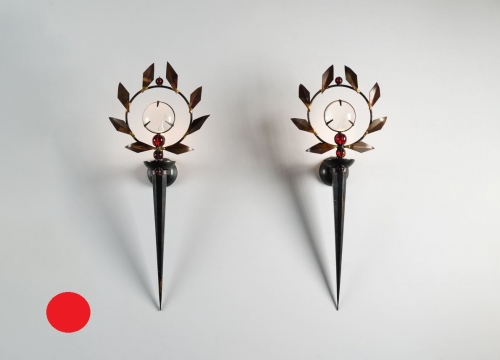 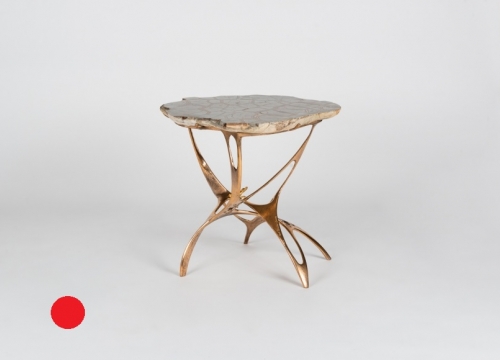