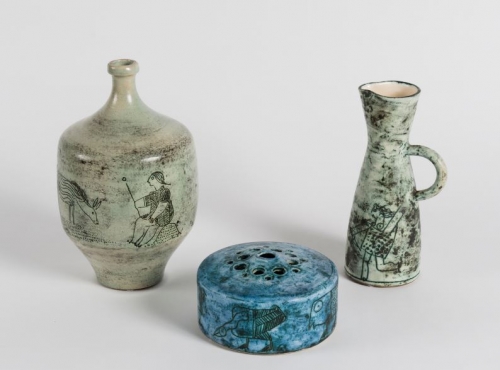 Jacques Blin, born in 1920, was a prominent French ceramist of the mid and late century whose distinct aesthetic is one that stands out amidst an entire field of extraordinary contributors to the era’s arts & crafts movement.

Though he started working in the 1940s, making impressive use of slip casting, cutting edge modeling techniques, and wheel throwing, Blin did not make his passion a profession until abandoning an incipient engineering career in the early 1950s. In 1954, Blin opened his first ceramic atelier, exhibiting his work throughout the decade in group shows and the Maison de la Chimie. By 1960 he was exhibiting at both the Salon des Céramistes et des Métiers d’arts de France and the Salon des Métiers d’art à la Porte de Versailles.

During the early 1960s Blin developed a new technique with Jean Rustin, etching on his clay creations before firing, adding to these designs later with glaze and oxides. With these steps he improved upon the execution of the semi-abstract imagery by which his work is today recognized—monochromatic images of stylized people, crops, and beasts right out of the cave paintings of his native France, or the mythic tales portrayed in unearthed Greek pottery.  He created these beautiful images of every-day life on cloudy monochromatic backgrounds (often and notably) in shades of blue.

Throughout the 1960s he presented works at the Salon des artists Décorateurs and Salon des Tuileries the Prague Exposition Internationale de la Céramique Contemporaine, where he won the gold medal in 1962. In 1966 he won the silver medal at the Société des Artistes Français.

Blin was a prominent defender of his craft and its practitioners both in his writing, which he published frequently in, among others, La Céramique Modern, and in his administrative positions at the Académie Internationale de la Céramique, where he eventually took up the vice presidency, and at the Chambre Syndicale des Céramistes et Ateliers d’Art, which, in 1970, honored him with its presidency. Throughout, he served frequently on the jury at the Vallauris Biennale. 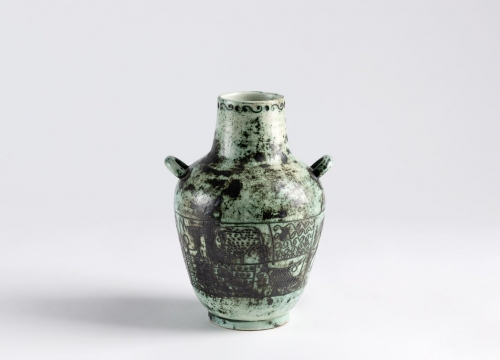 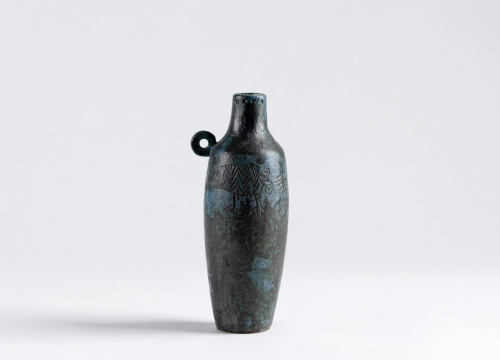 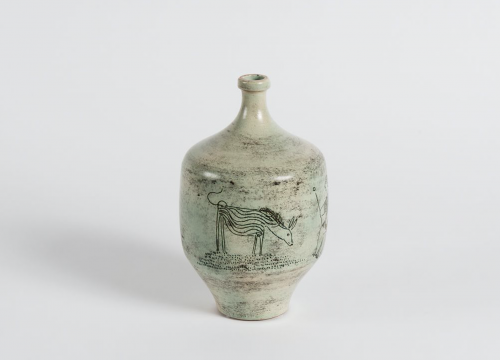 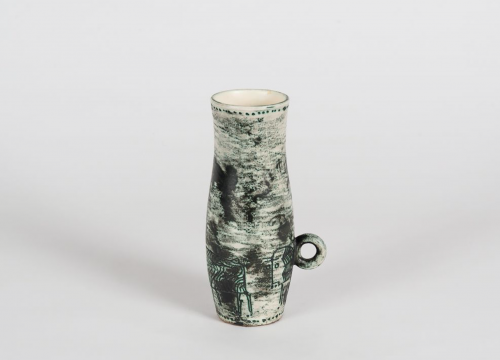 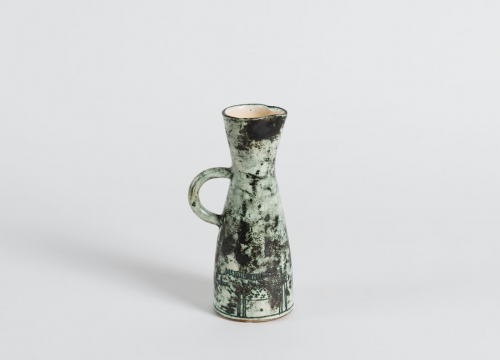 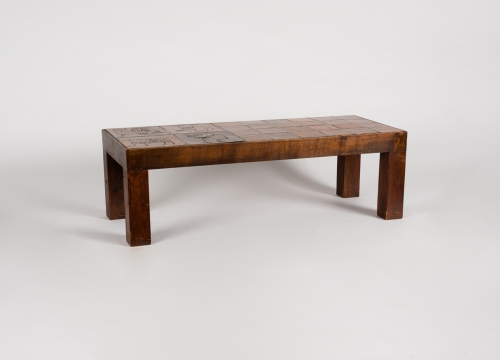 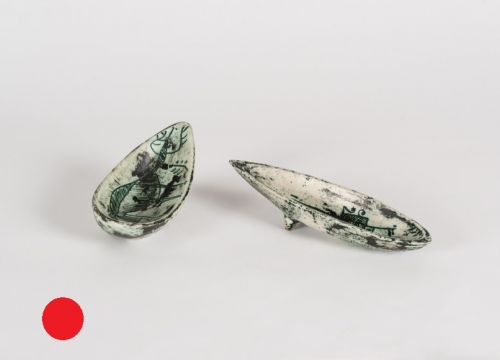 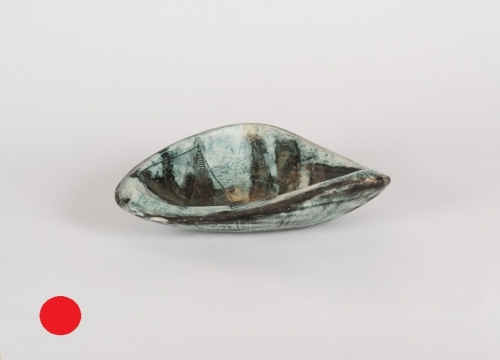 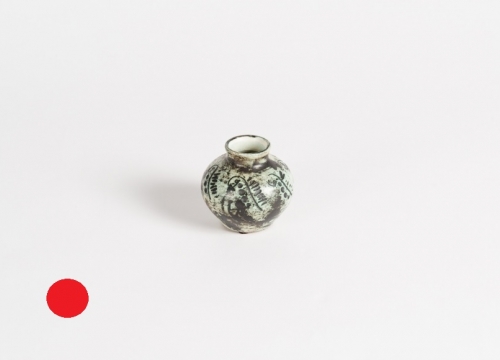 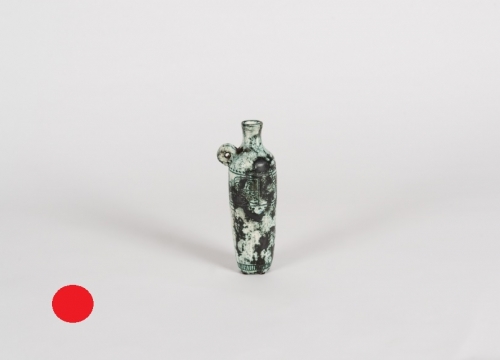 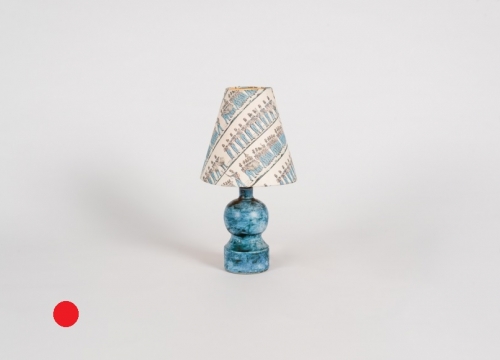 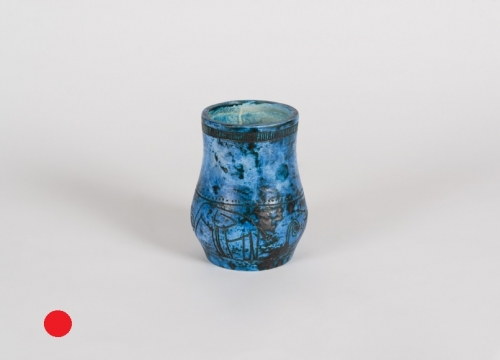 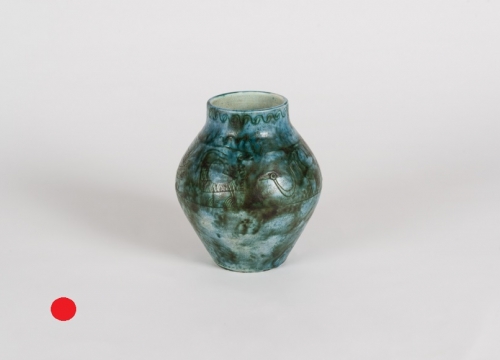 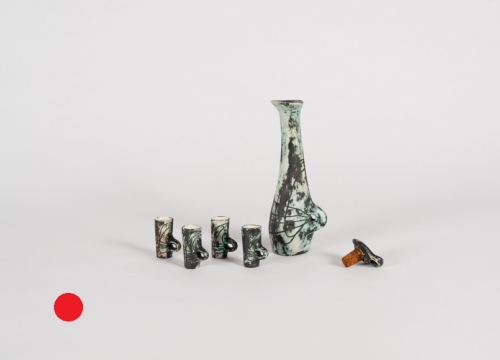 Jacques Blin
Pitcher and Cups France BLIN 04
Back To Top