Daum was founded in Nancy, France, by Jean Daum in 1878. After his death in 1885, his sons Auguste (1853–1909) and Antonin (1864–1931) took the helm. The brothers began experimenting with art glass under the influence of local glass maker Émile Gallé, and the growing popularity of his pâte-de-cristal (a casting technique that produces glass with a translucent or crystalline quality). In 1893 they introduced their own cameo glass at the Chicago World’s Fair; thereafter, Auguste and Antonin effectively departed from the production of utilitarian work. Within the first few decades of the 20th century the firm would distinguish itself as one of the finest glass producers in the world.

The turn of the century was marked by a string of successes for the Daum brothers. In 1900 the firm was given the Grand Prix at the Paris Exposition Universelle, and after Gallé’s death in 1904, the brothers became the de facto leaders in decorative glass, taking an even more prominent role in the famed Ecole de Nancy and furthering the popularity of Art Nouveau by stunning the world with their breathtaking naturalistic work.

One thing that set Daum apart from the crowd was its mastery of acid etching, which added depth and specificity to well executed cameo designs. More impressive yet was the firm’s use of pâte de verre. This method of glass production, by which color is produced by fusing crushed glass and crystal at high temperatures, had been last used thousands of years ago in ancient Egypt.

Daum hit a speed bump when the factory was converted into a military hospital in 1914; the factory did not reopen until 1918, by which time Europe was beset by poverty and Nouveau replaced by a brand new aesthetic. The firm successfully adjusted, however, abandoning their old designs for new Deco ones and shifting further toward mass production. By employing hundreds of artisans Daum was able to meet demands for its wildly popular Deco work without compromising the reputation for quality upon which it had established itself (at its height, over 400 were employed in Nancy).

By the end of the 1930s Daum had completed joint projects with the likes of Louis Majorelle and Egar Brandt, given a bevy of notable artisans (such as Henri Berge, Amalric Walter, and the Schneider brothers) their starts, and so perfected the ancient technique of pâte de verre that its use was commonplace in large scale projects, including that for the glassware on the Normandie.

After the Second World War Daum went through yet another notable period of glass making, during which the company shifted their output to heavy, colorless crystal, lacking in surface embellishment. The company engaged famous artists to design special editions. Though these endeavors were popular and continued to garner acclaim, many see the firm’s work in the Deco and Nouveau periods as the pinnacle of its achievements.

The company, now known as Cristallerie Daum, operates to this day, and continues to make desirable, high-end work in glass. 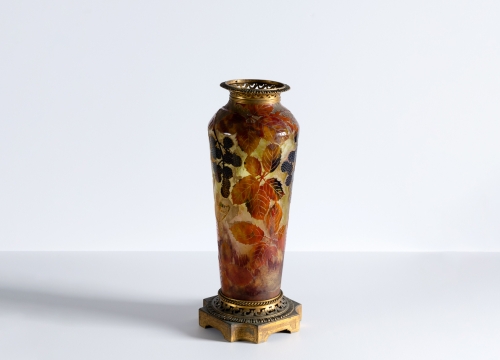 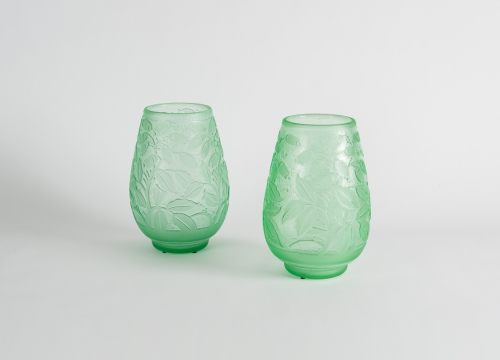 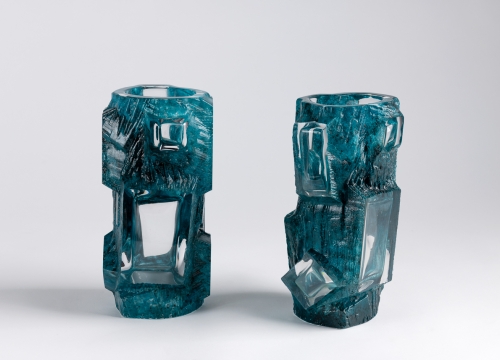 César for Daum
Pair of Aquamarine Vases France, Circa 1975 DAUM 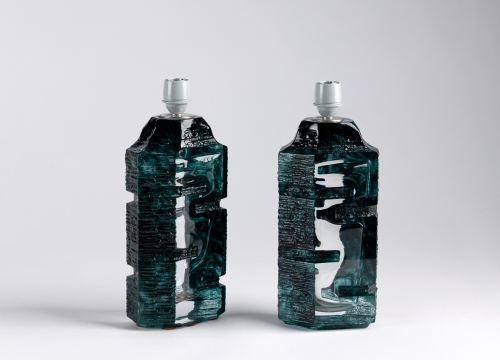 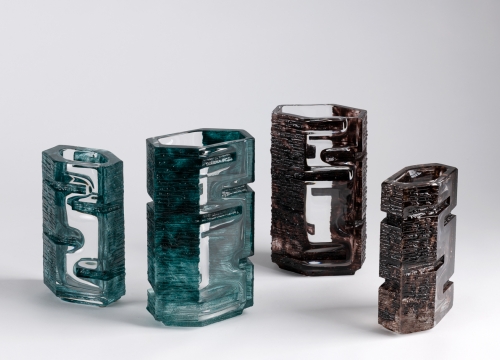 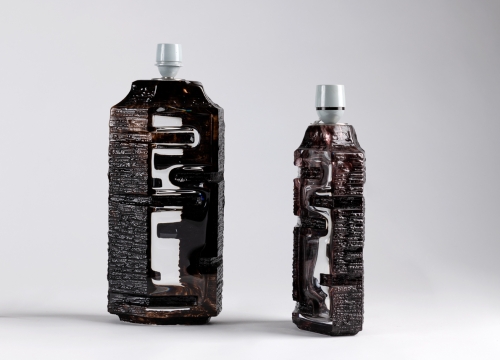 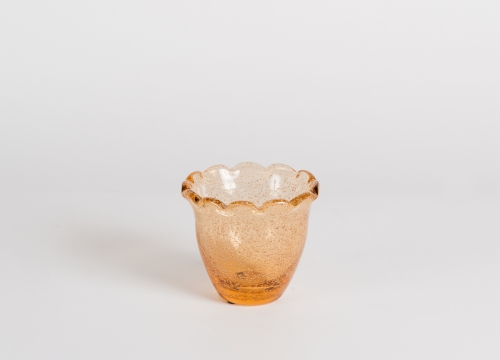 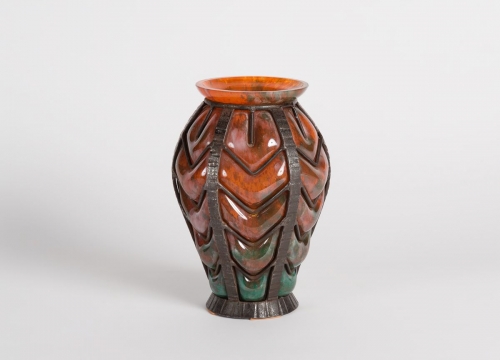 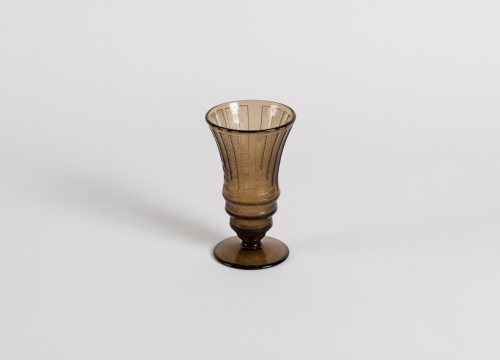 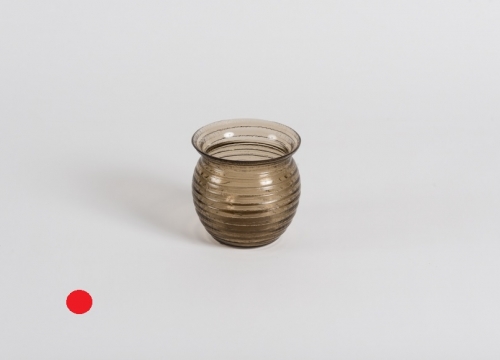 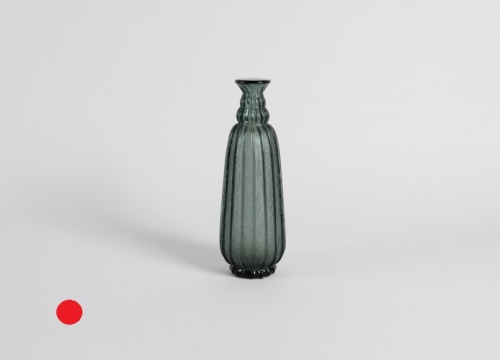 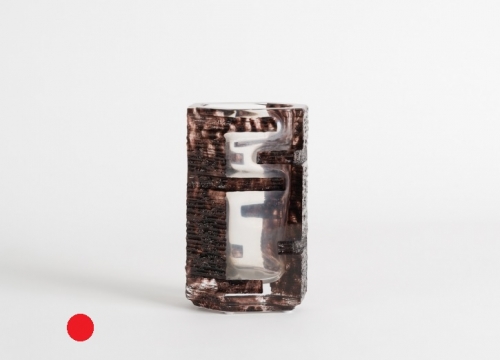 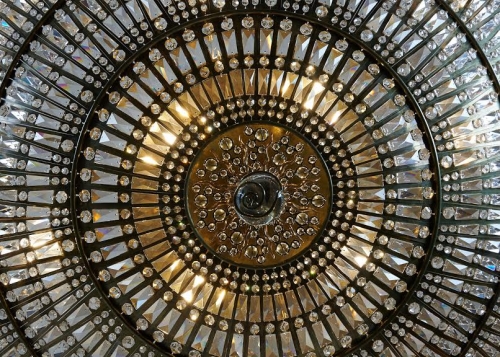