Jean Touret moved to Pezay, a rural area near Marolles, in 1946. While there, he became highly conscious of the uncertainty that industrial development would bring to the future of the local craftsmen. Believing strongly in the value of the artisan tradition, Touret decided to informally organize a local group of artisans into a collective, becoming their artistic director.  Employing the talents of each member, he orchestrated the creation of furniture which embodied the circumstances of the epoch.

The furniture designed by the Marolles group under Touret’s direction was guided by the concept of minimalism and a simplistic integrity achieved through the use of wood and iron and materials he considered to be organic and expressive. Each piece was conceived to serve an essential purpose, and was produced in limited edition. The Marolles group quickly expanded its development over the years and achieved enduring success. The collective is notable not only for its intense artistic fervor, but also for the huge risk they undertook in going against the trend of the times. 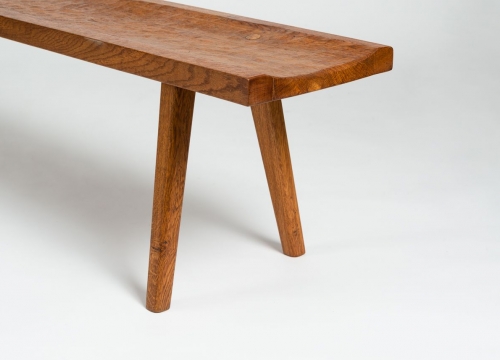 Jean Touret & the Artisans of Marolles
Back To Top