Dating from turn of the century Austria, this cabinet is extraordinary for its large size and the decadent materials with which it's composed--specifically its ebonized maple columns and the mother of pearl inlay that borders its elegant doors.

This particular cabinet may have been crafted for Ernst Ludwig, Grand Duke of Hesse's music salon. That same duke founded the Darmstadt Artists' Colony in Germany, the one in which Olbrich designed several houses. 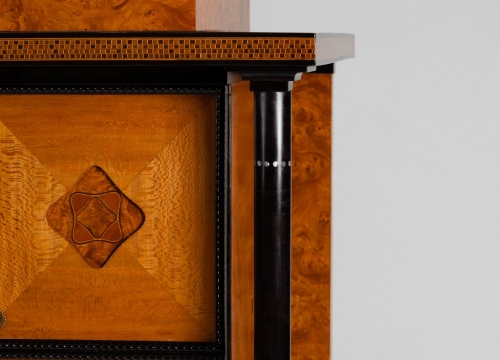