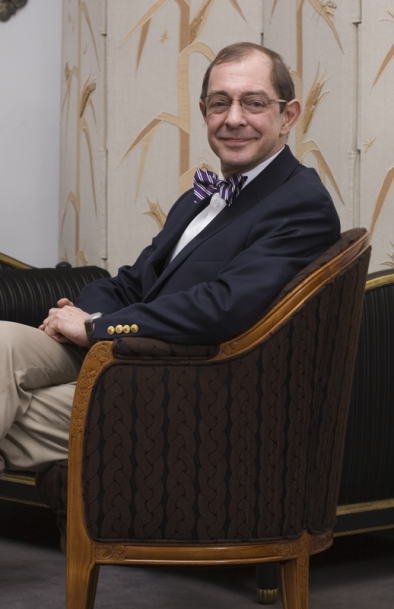 Gerardus A. Widdershoven of New York and Bridgehampton, New York, founder of Maison Gerard, died on Sunday, June 14 at a hospice in Quioque, New York, after a valiant battle with cancer.

Born in the Netherlands in 1951, Gerard arrived in New York in 1973, and began his long and illustrious career as one of the great antiquaires of Art Deco soon after in 1974. He created a welcoming environment with the finest objects, furniture, paintings, and other accessories from this luxurious period at Maison Gerard, his eponymous shop on East 10th Street. The shop drew visitors from all over the world, collectors who knew they would find top quality pieces within. John Lennon and Yoko Ono were early clients, and just a few of many luminaries from the entertainment world to join Gerard’s large clientele. Even museums—the Utsunomiya Museum of Art in Japan among them—sought out Gerard, hoping to find rarities to augment their collections. One of his notable clients was Walter Chrysler, Jr., whose collection was eventually gifted to the Chrysler Museum in Norfolk, Virginia.

Gerard was the very rare dealer whose exhibitions were always mounted with the intention of illuminating the period of design he so loved. In his buying trips throughout Europe, Gerard frequently unearthed some of Art Deco’s greatest treasures, and Maison Gerard was one of the first galleries to highlight the works of Rene Buthaud, Jean-Michel Frank, Emile-Jacques Ruhlmann, Jacques Adnet, Line Vautrin and Jules Bouy—long before many of these names were recognized for their significant contributions to design.

Maison Gerard’s specialized exhibitions often complemented its presence at yearly antique shows held at the Park Avenue Armory, including Modernism, TEFAF, the Haughton International fairs, and the Winter Antiques Show (in which the gallery was one of the very first focused on 20th century works to be admitted). In addition to seeing Gerard’s wonderful “finds,” at the gallery’s soirées one could always count on great champagne and lively conversations with collectors, dealers, museum curators, and auction house specialists. A reception invitation from Maison Gerard was a coveted invitation.

Maison Gerard was instrumental in publishing several reference books on the work of Maison Leleu, a long overlooked design firm influential from the beginning of the Art Deco period well into the 1960s. Gerard’s discoveries of entire households of Leleu designs and original drawings helped to re-establish Jules Leleu’s reputation—to shine a light on the important contributions Maison Leleu made to the history of 20th century design.

As tastes changed over the years, Maison Gerard expanded beyond Art Deco and Art Moderne, and into contemporary design from the early years of the 21st century. Without abandoning its commitment to his core collectors, the gallery continued to introduce new collections including the works of Achille Salvagni, Ayala Serfaty, Georgis & Mirgorodsky, and Hervé van der Straeten, among many others. In 2010, Gerard retired, passing the gallery to his longtime friend and business partner Benoist F. Drut. It was important to Gerard that the gallery continue to thrive; and today, Maison Gerard continues his mission to present the finest design, expertise, and scholarship of the 20th and 21st centuries.

Gerard was destined to become a great gallerist. At the tender age of 13 he began to collect French, and only French, Bakelite—with one exception, the Bakelite Radio Nurse designed by Isamu Noguchi in 1937. He continued to add to this collection throughout his life.

Gerard was one of the early survivors of the AIDS epidemic, which ravaged the New York arts community in the 1980s. He was fortunate to find his way to Dr. Lawrence Hitzeman, then affiliated with St. Vincent’s Hospital Medical Center, whom he credited with saving his life. Dr. Hitzeman gave Gerard another 25 years, which he put to good use, enchanting his friends and the broader arts community.

Gerard and his long-time partner painter Nicholas Howey met in the late 1980s. Soon after beginning to date, Gerard and Nicholas realized that each had one half of a diptych poster (entitled WHAAM!) by Roy Lichtenstein. The couple was married in the Netherlands in 2005, long before the US legalized same sex marriage. Their mutual appreciation of art never dimmed. Their love of Salvatore Scarpitta, for instance, was influential in broadening the understanding of this important mid-century, Italian-American artist. Lichtenstein’s WHAAM! still hangs—in its entirety—on the kitchen wall at their home in Bridgehampton, NY.

In addition to his husband Nicholas, Gerard is survived by his brother Jan, his sisters Annette, Hanneke and Tilly, as well as by many much-loved nieces and nephews. His friends will miss him terribly, but they are all better people for having known Gerard. A gentleman of the highest order, he leaves behind a legacy of kindness, honesty, knowledge, and integrity.

Due to the coronavirus, funeral services will be held privately. A celebration of Gerard’s life will be held at a later date. In lieu of flowers, donations may be made in Gerard’s memory to The Madoo Conservancy in Sagaponack, New York, madoo.org.