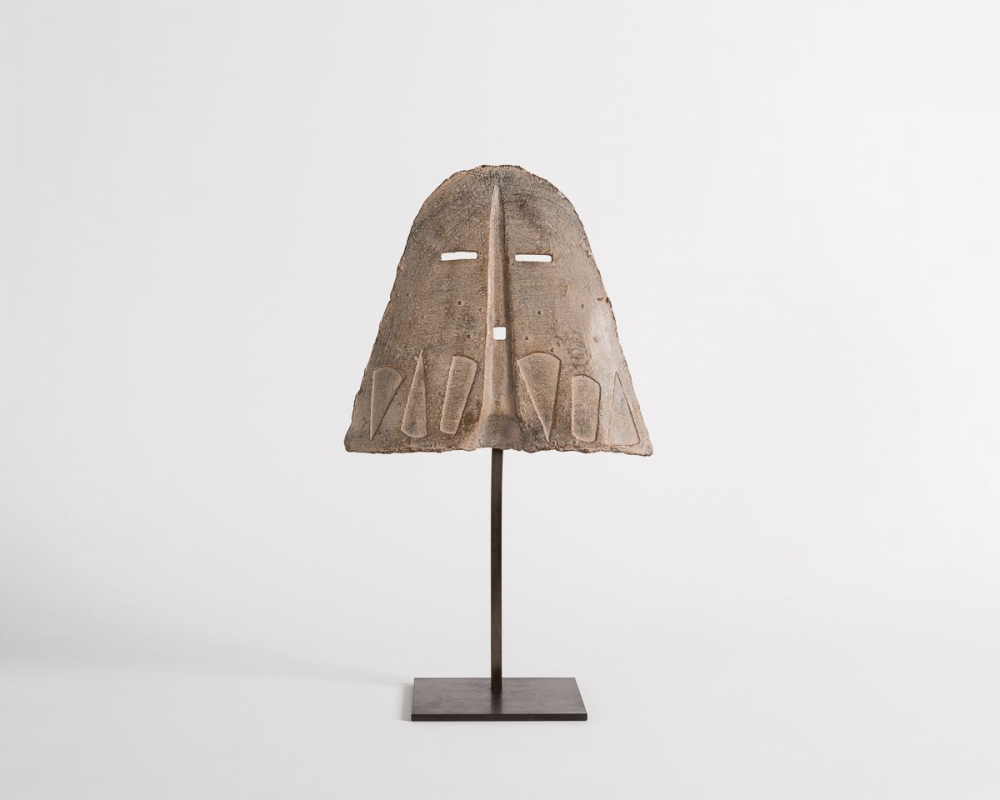 After graduating from high school in 1943, Robert Courtright left Sumter, South Carolina to pursue his education in New York. He had long harbored dreams of adventure—of traveling and creating art the world over. After studying at St. John’s College and the New School for Social Research, Courtright enrolled at the New York’s Art Students League.

While in the program he studied under Jack Levine, Robert Brackman, Carl Holty, and Vaclav Vytlacil. These studies, coupled with a passion for historical architecture (fostered early at the Sumter public library) led Courtright to paint cityscapes, which he sold well in New York. And in 1953, this same passion led him to settle in Rome. It was here, in Europe, that Courtright found his stride.

In this inspiring new setting he decided to give up painting for collage, in which form he would work for the rest of his life. Courtright’s collages, often referred to as “architectural collages,” were made from found elements—scraps of paper, remnants of marble paste, and flaked acrylic taken off of buildings throughout Rome. Once assembled, he laid these scraps next to one another in pasted grids on boards, as orderly as bricks in a structure, creating magnificent, near-monochromatic grids.

Over the course of his career Courtright’s work evolved, largely in the materials he employed, but also in the ways he manipulated them prior to their use (in some of his late collages, for instance, he used scraps of heavy duty paper, which he would first paint, and then sand before painting them again). What never changed was his focus on form, conveyed well by a comparison he once drew between his work and poetry. “I am trying to create a picture,” he said, “the same way you would write a sonnet.”

Another shift in Courtright’s work can be seen in the seventies. After years in Rome, Courtright was lured to the South of France by its Mediterranean Romanesque architecture. Once there he encountered masks of the Commedia dell’ Arte, which inspired him to create his own. In the ensuing decades, in addition to his grid-like collage work, Courtright would make masks.  No less focused on form, these masks, which varied widely in size and cultural undertones, were constructed variously of cast bronze, marble, paper, and stone,.

Robert Courtright died in Opio, France in 2012. Over the course of his career he was represented at the New Gallery, Andrew Crispo Gallery, Gimpel Weitzenhofer Gallery, Kouros Gallery, Galerie Dutko, Paris, and, Pavel Zoubok Gallery. His work can be found at The Metropolitan Museum of Art, New York, The Phillips Collection, Washington, DC, SFMOMA, San Francisco, The Carnegie Institute, Pittsburgh, the Contemporary Museum of Art, Nice, and at the State Museum in his home state of South Carolina. 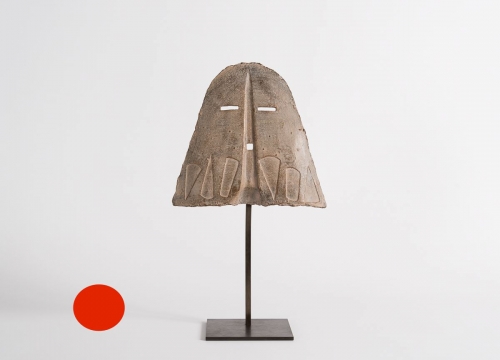 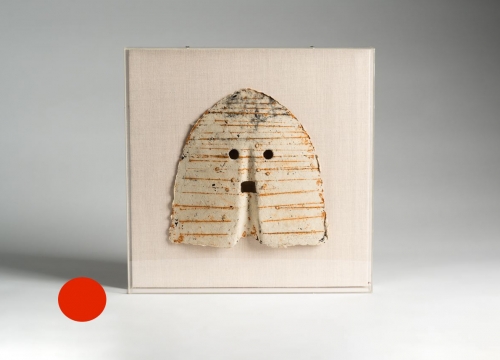