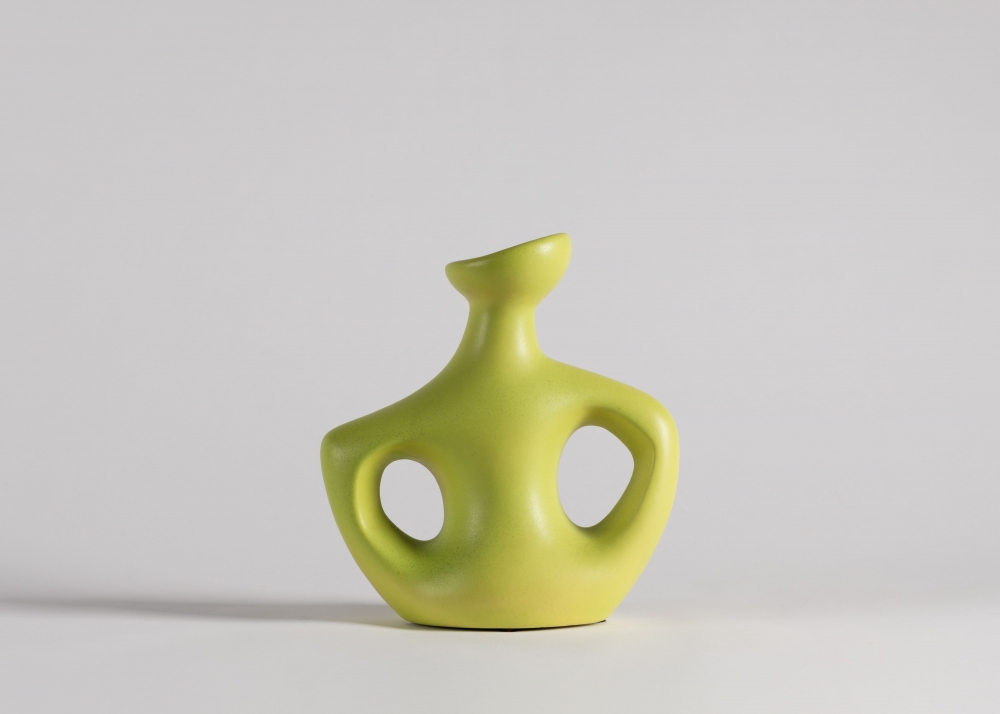 Pol Chambost trained in the early 1920s at the School of Applied Arts before joining his father’s marble factory at Ivry-sur-Seine, and working in the family tradition as a funerary sculptor.

After a decade of this rather dour work he discovered ceramics, experimenting in the medium in the family workshop for the first time in 1936. By the end of the 1930s he had achieved a mastery of the medium and founded his own ceramics studio. He was both indefatigable and prolific, at one point during this period creating 70 pieces in a mere six months.

From the start his work was notable for it’s celebration of fresh biomorphic forms and beautifully contrasting colors—a notable juxtaposition by which his mature work can be recognized immediately.

Chambost was also a pioneer in the use of modern equipment, starting, as he did in the 1940s, to produce his work in series. This, in part, allowed him to sell in greater quantities, especially, and most impressively, in the United States.

His remarkable success can be attributed, at least in part, to his facility in drawing artists and craftsmen together. He was a pioneering member of the Chambre Syndicale des Seramistes d'Art, an artisans’ union in France, and showed annually throughout his career at the Salon des Ateliers d’Art and at the Salon des Artistes Décorateurs at the Salon des Arts Ménagers, in addition to the sundry shows and fairs dedicated to decorative artists and home economics.

Moreover, he surrounded himself with likeminded and successful artists, such as Luc Lanel, Pierre Roulot, Louise Edmee Chevallier, Georges Jouve, and Paul Pouchol (the last two of whom were his frequent collaborators). Connections such as these led him to relationships with, among others, department stores, and notably, a relationship with Primavera under Colette Gueden.

In his later years Chambost, then based in Paris, longed for nature. He retired to the countryside in Ivry sur Seine, and settled in Dordogne, Saint-Jean d'Estissac. To this day an association of friends of Pol Chambost remains based in the area, it’s focus public interest in the artist’s work.

After his death in 1983, Chambost was in danger of slipping into obscurity; and for a quarter century his work was largely forgotten. Interest was revived in 2006, when his son, Philippe, launched a retrospective of his work in Paris. His sculptures have since re-entered the cultural imagination. In 2009, for instance, one of his extraordinarily fluid series served as inspiration for Raf Simons Fall Winter catalog for Jil Sander. His work continues to command high prices at auction, is claimed in various important public and private collections, and is celebrated alongside contemporaneous icons of mid-century French ceramics. 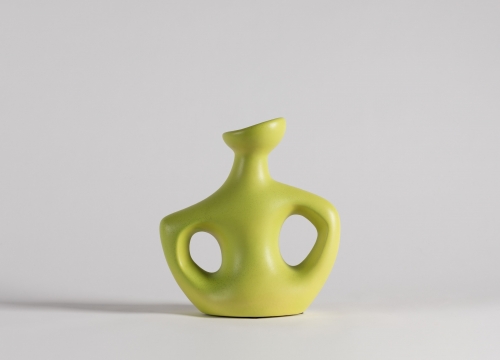 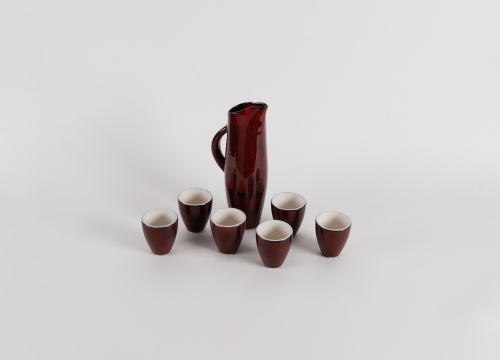