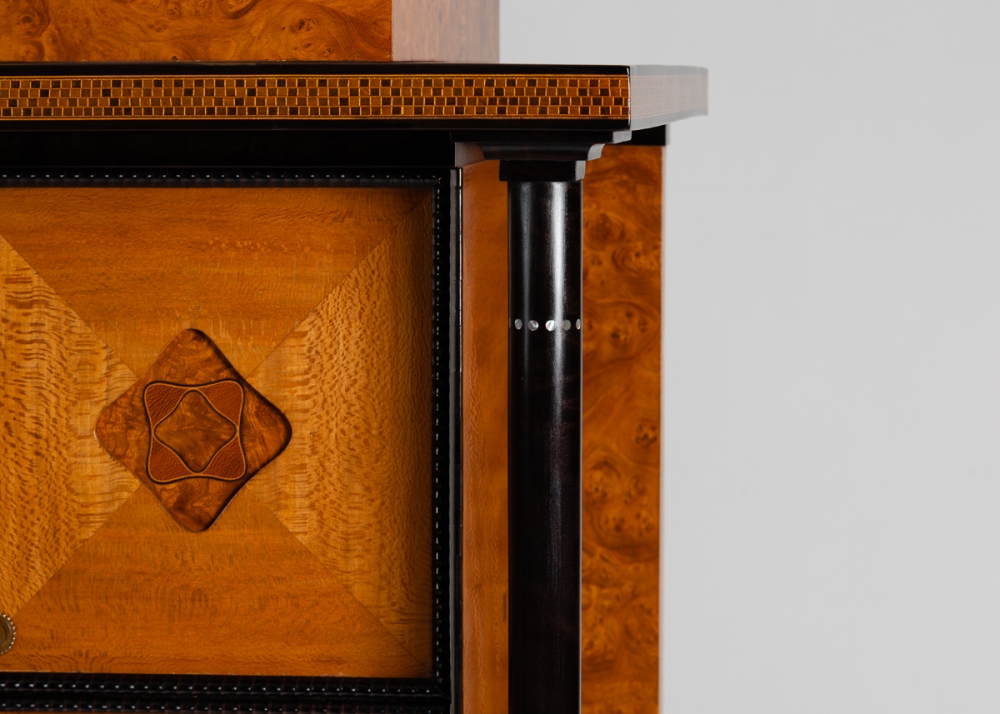 Concurrent with other burgeoning forms of modernism in Europe at the dawn of the twentieth century, the Vienna Secession movement in design came to shape an aesthetic for a generation. A Germanic reaction to Art Nouveau and Spanish modernisme, the Secession took hold in architecture, furniture design, sculpture, and of course, fine art. From the architectural end, no one figure was more influential than the Austrian Joseph Maria Olbrich, himself a creature of Vienna who would go on to design some of the movement’s most recognizable structures, including its landmark Secession Hall.

Born in 1867 in Troppau, a city in Habsburg Austrian Silesia (now Opava in the Czech Republic), Olbrich was the oldest son of a middle class family. He was introduced to architecture fairly early, through his father’s brickmaking enterprise. As a young man, Olbrich migrated to Vienna, the center of the Habsburg Empire, to study at the Staatsgewerberschule under Camillo Sitte and Julius Deininger from 1882 to 1886. Following a brief return to Troppau to practice simple construction craftsmanship, Olbrich found himself again in Vienna by 1890.

On his second stay, Olbrich became a student of Karl von Hasenauer at the Akademie der Bildenden Künste, graduating in 1893. During this time, Olbrich was awarded the Prix de Rome for some of his designs, allowing him to travel to and tour the ancient sites of Italy and Tunisia. Upon returning to Vienna, Olbrich came into the employ of Otto Wagner, assisting in the construction of buildings for Vienna’s Wiener Stadtbahn transportation system. Aside from his official professional duties, Olbrich became involved in the movement which would be known as the Vienna Secession, made up of contemporaries such as Gustav Klimt, Josef Hoffmann, Koloman Moser, and Olbrich’s employer Wagner. Creating for themselves a parallel aesthetic to that of the mainstream academy, these men decided to establish an exhibition space in Vienna for their works—calling upon Olbrich to design the now famous Secession Hall, an integral part of Vienna’s cultural and architectural fabric.

The men of the Secession came to the attention of the nobleman and famed aesthete Grand Duke Ernst Ludwig of Hesse-Darmstadt. The Duke was passionate about securing the enduring legacy of Hesse within the German Empire through its artistic achievements. To this end, he established and artists’ colony in the area of Matildenhöhe in the city of Darmstadt. The Duke invited such Secession members as Olbrich, Peter Behrens, Julius Glückert (with whom Olbrich often collaborated on furniture designs), and Hans Christiansen to live in Matildenhöhe and create their works with the support of patrons. Olbrich designed many of the original buildings of the colony, including the Duke’s residence (and main exhibition hall) and his own house. Many of these structures were partially or entirely destroyed by British air bombing raids during the Second World War, but were refurbished or rebuilt afterward.

Olbrich would remain involved at the Darmstadt Artists’ Colony for the rest of his life, eventually designing and executing the Nuptial Tower there as well as other structures. Settling in Düsseldorf to establish his own firm in 1907, Olbrich worked on designing the Tietz department store, as well as a commission to design a pavilion of interiors for the St. Louis World’s Fair. This in particular drew admiration from across the Atlantic and resulted in his appointment as a corresponding member of the American Institute of Architects. Olbrich died of leukemia in 1908. 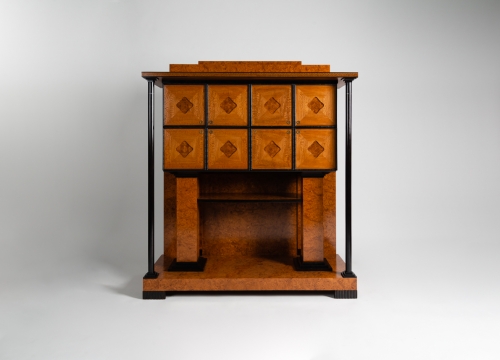