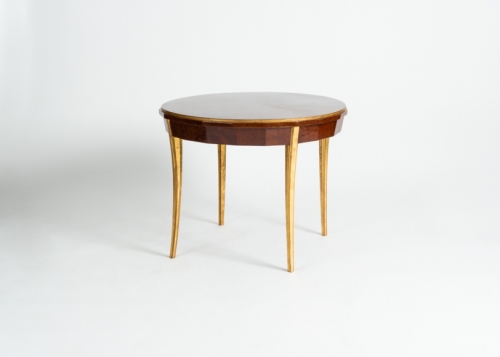 Today one of the most recognized names in Art Deco, Dominique was composed of two men whose entry into the art and design world was nothing short of surprising. Andre Domin (1883­1962) was self­ educated, and Marcel Genevriere (1885­1967) was a journalist writing for publications such as Paris Magazine, L'Intransigeant, Gil Blas, and Comoedia. They joined forces in 1922.

Dominique's enduring designs are characterized by rectilinear lines paired with smooth curves to accommodate the human form. The duo preferred materials such as precious woods, bronze, and copper inlay.

Dominique quickly rose to prominence via commissions for silver designer Jean Puiforcat and perfumer Houbigant. They had a strong showing at the 1925 Paris Exposition International des Art Decoratifs et Industriels Modernes, and later at the 1931 Exposition Colonial and 1937 Salon des Artistes Decorateurs in Brussels.

The pair enjoyed success throughout the 1930s, first at their storefront on Paris's avenue Kléber, and then with a series of lucrative private and government commissions. In 1933 Dominique began designing interiors of ocean liners, notably the Normandy for the Compagnie Generale Transatlantique. In addition, Mobilier National (the official purveyor of furniture for the French government) engaged the house to design the Landscape Exhibition at Elysée Palace.

Dominique was active into the 1970s under the supervision of Alain Domin, son of Andre. 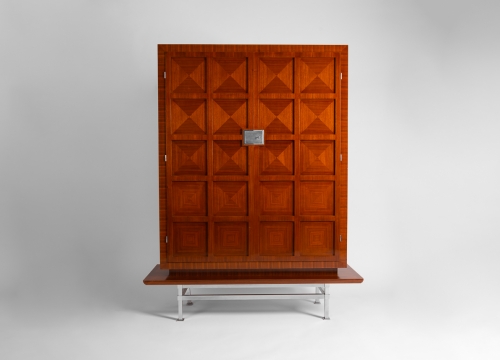 Dominique
Midcentury Cabinet on a Quadrupedal Stand France, circa 1955-1960 DOM 22 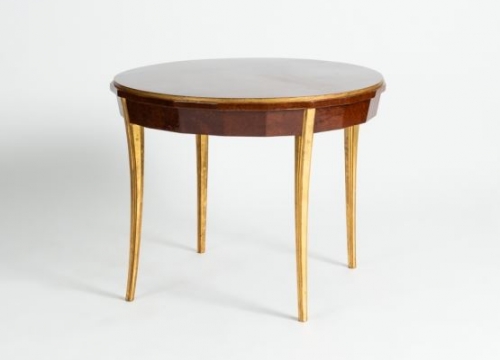 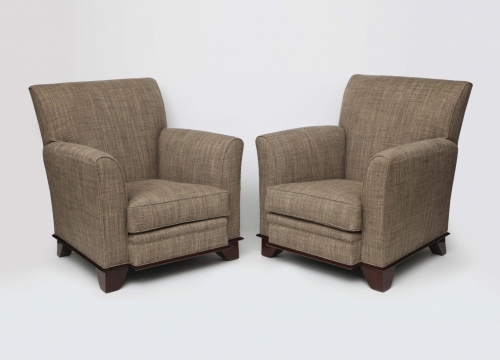 In the manner of Dominique
Pair of Art Deco Club Chairs France, circa 1930 DOM 16A 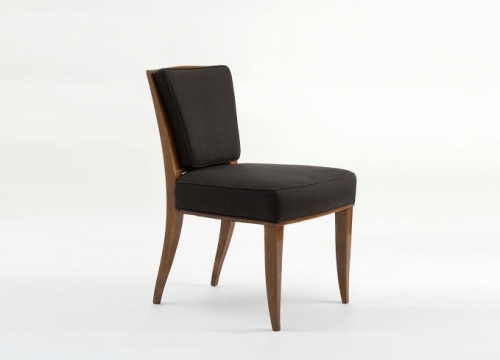 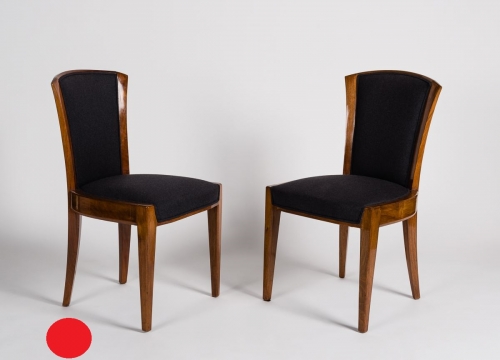 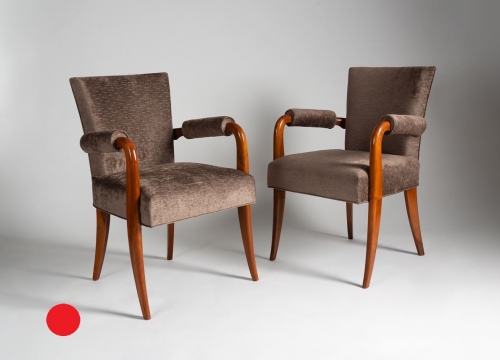 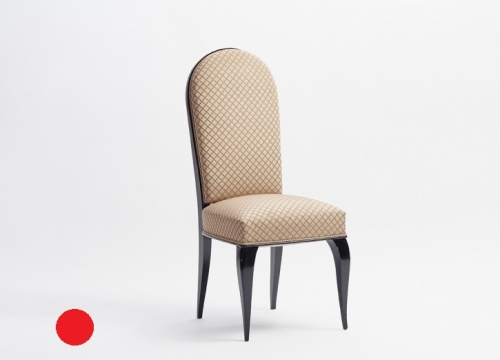 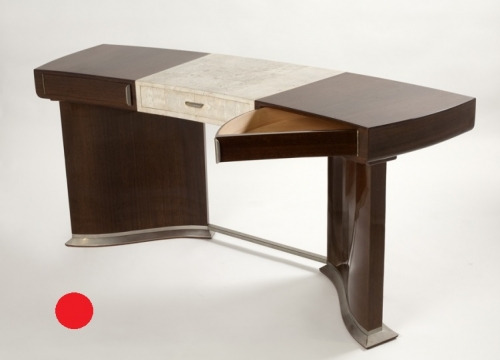 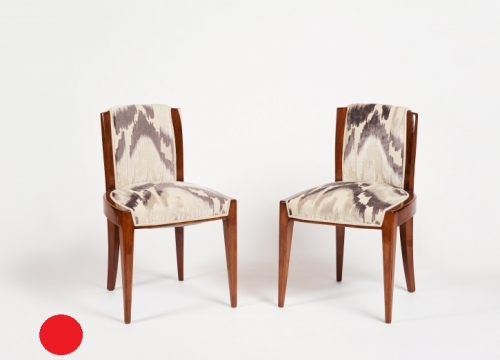