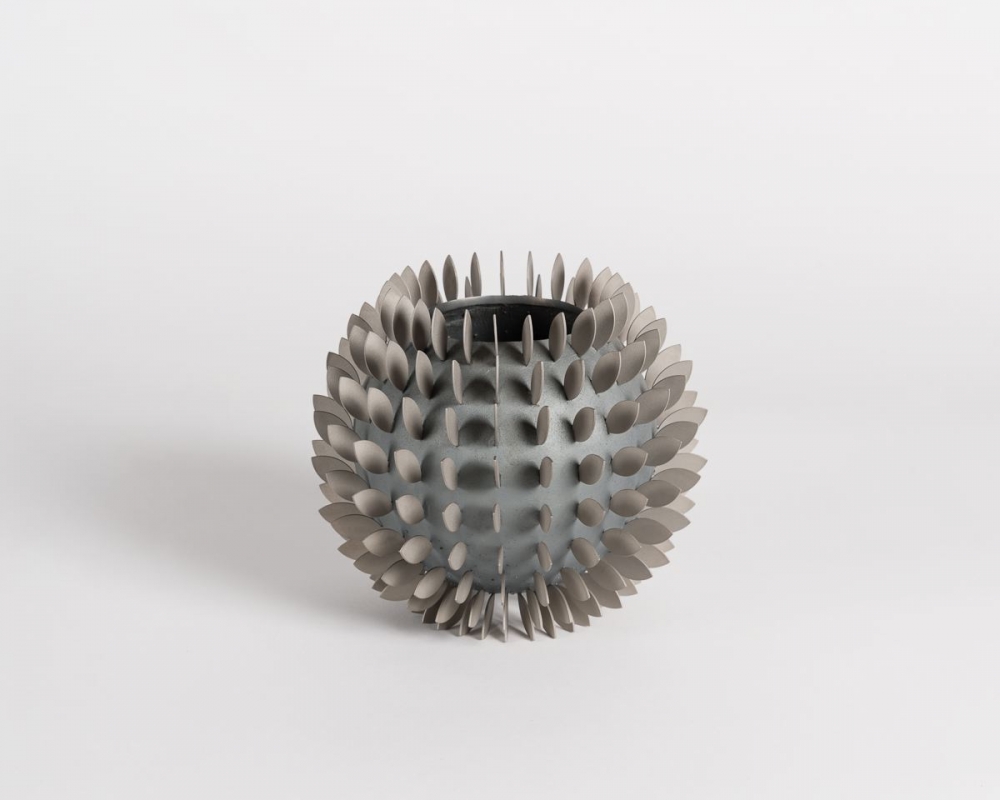 Chris Knight’s work has developed from an ongoing artistic enquiry into the relationship individuals have with the objects they surround themselves with and use.

‘My silverware was initially concerned with relationships between visual and tactile qualities. I explored the emotions or anxieties established through visually aggressive objects, endeavouring to create pieces that induced a nervous flutter through their visual and functional dichotomy. Objects that may hurt, but at the same time you are strangely drawn towards them. Through the design of tableware, I recognised that I am equally interested in how such language affects the functional nature of a design. Thus I broadened my investigation into exploring our understanding of the relationship between form and function and our programmed recognition of this partnership. Our familiarity with everyday objects, the common formal language they have carried throughout history, enabled me to design ambiguity or tension into their perceived utility.’

Drawing on his ideas and experience spanning 20 years Knight engages with concepts concerned with expectances for an acceptable aesthetic and the obvious functional language within the objects we surround ourselves. He creates objects that stop and question their place within the world; they are not intended to fit comfortably. This enquiry has been realised through, until recently, three distinct, yet interrelating categories of objects; domestic silverware, ecclesiastic silverware and public art.

‘The ecclesiastic silverware has enhanced my design approach through the engagement with traditional ritual and belief systems and the personal habits formed from regular participation of a community. Whilst the public art has sometimes enabled me to explore the visual metaphor in pure sculptural terms.’

Recent work re-engages with integral casting techniques that Knight developed whilst studying at the Royal College of Art. Using a combination of silver and stainless steel these pieces are an absolute partnering of his ideas and experience previously expressed through the separate strands of silverware and public art.

‘These pieces form the start of an exploration of historical and contemporary iconography through a series of decorative vessels. By combining the pristine stainless steel elements with the rough cast silver I am aim to visually devalue the precious and concentrate the viewer on meaning. They carry on the tradition of commenting on society through a static vessel form, intimating function but offering little in reality.’

Historically the vessel form was a vehicle to express and communicate something about the time and culture of which it belonged; ‘a carrier of civilised society’.

In 2010 Knight was awarded the Museums Sheffield Metalwork Prize for his ‘Lest We Forget’ Chalice. Which, although, not designed for everyday use at an altar, is a sacramental vessel which expresses its function both practically and symbolically. Its expected function strengthens the visual metaphor. The heavy rough cast body of silver studded with hundreds of stainless steel crosses presents a strong visual image, yet creates a conflict in its utility. The form of the cross is veiled by contemporary concerns, attitudes, scandal and prejudice.

‘It was my intention to echo the muddy battlefields of the First World War and the mass cemeteries that commemorate them, evoking connotations of war, death and religion.’

Although very clear about his own creative rational Chris is unambiguous about the need to not reveal all through textual methods.

‘By doing so you remove the spontaneity, the intangible, the ungraspable aspect of the final product. There is a transition between the finite image on the computer and the physical materiality of the object through the many stages of its making which is impossible to express through text. By producing the objects I understand them better. If I tried to understand them before they existed then they would never become material objects.’

For him it’s also about what the audience (viewer – user) brings to bear when they encounter one of his pieces. Revealing too much from one viewpoint does not allow for further interpretations.

‘It is important that I leave room for these objects to speak and maybe for others to comment.’ 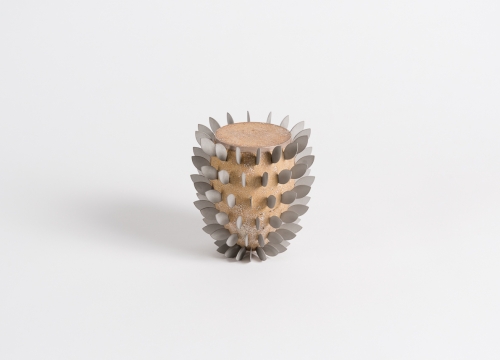 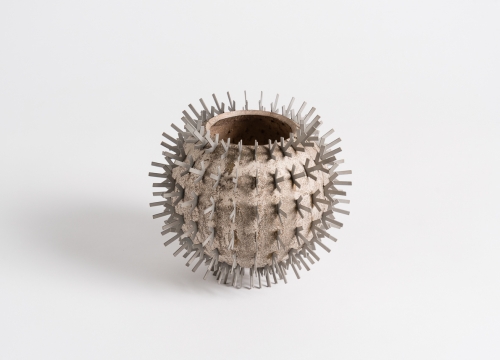 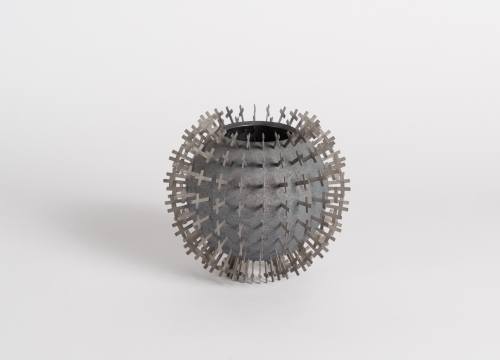 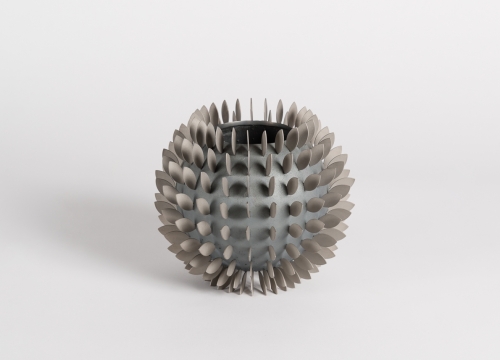 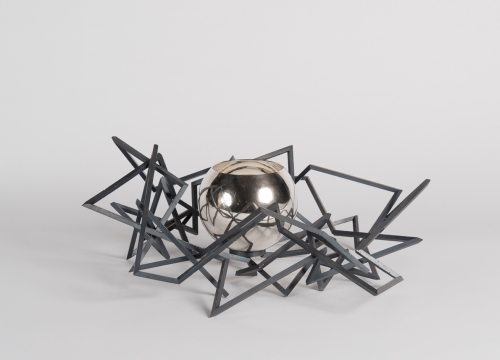 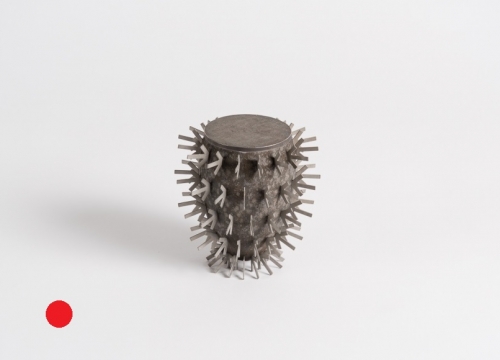